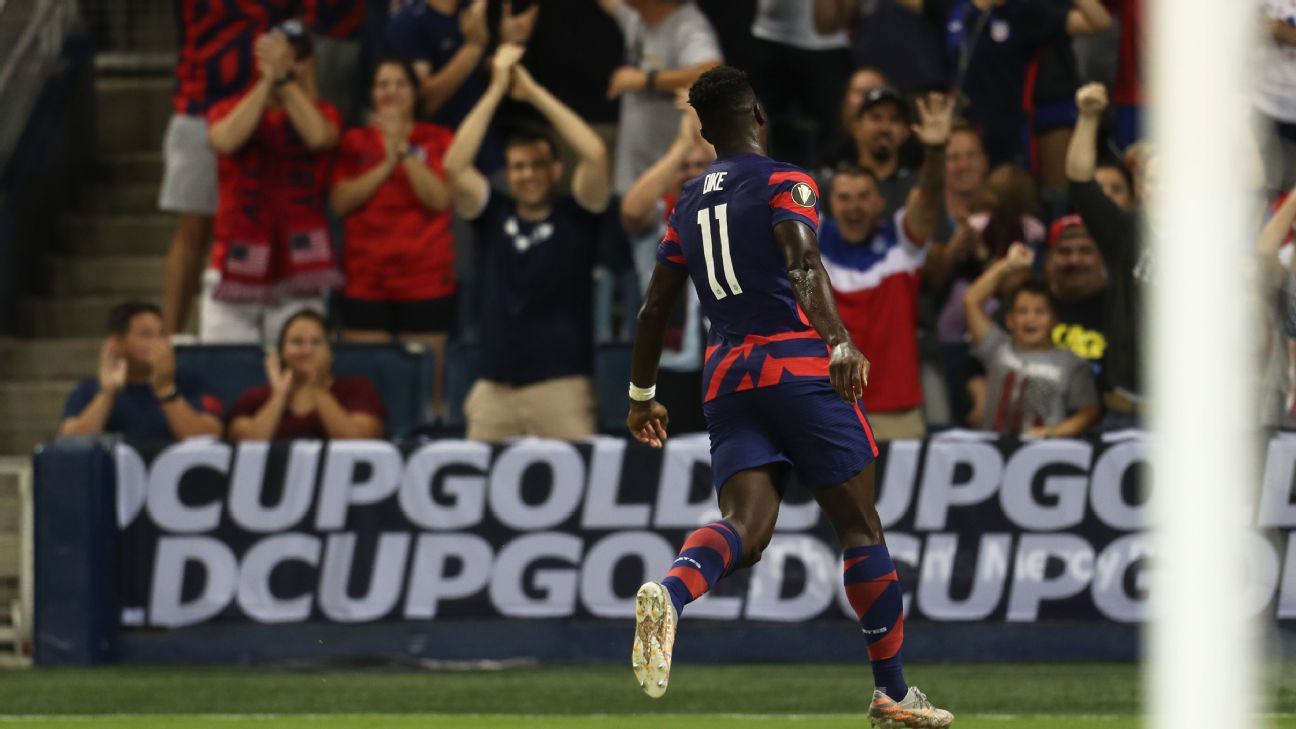 Orlando City SC and United States striker Daryl Dike said his loan spell at Barnsley was a “crazy” experience and helped shape him into the player he is today.

Dike, 21, played 26 games in all competitions for the Championship club after joining on loan in January, scoring 11 goals as Barnsley missed out on promotion to the Premier League in the second-tier playoffs.

“That experience was crazy,” Dike told ESPN. “I mean from a young age you are always watching English football and you always hear about the atmosphere and the fans and the competitive play and all that.

“So being able to play the entire year and then get into the playoffs and finally be able to play in front of fans at Barnsley and then at Swansea and see the level of competition and the tackles flying in and the fans and the atmosphere. I love it, I think it’s great.

“For me, that experience shaped me into how I am today [both] mentally and physically, how I play both on the field and off the field. It was a great experience for me, it was really important.”

Dike returned to Orlando after the loan and is now on duty with the U.S. national team at the Gold Cup. He’s made his presence felt so far in the tournament, netting twice in a 6-1 win over Martinique on Thursday and being part of the action that forced an own goal for another of the Americans’ tallies.

The Gold Cup squad is largely comprised of Major League Soccer players and doesn’t include some of the Americans’ top stars like Christian Pulisic, Weston McKennie and Giovanni Reyna, but Dike said the competition among the team was great and that he is hopeful he can be a starter up front for Gregg Berhalter’s side in the future.

“I think, obviously, I’ve had aspirations and I always say that I want to be the best, but I also recognize the quality of the guys here,” Dike said. “You see the strikers that are here and you know the ones that aren’t here like Jordan [Morris], Josh [Sargent], there’s tons and tons around. Everybody brings something to the table, but of course I want to be playing, of course I want to be starting.

“I’m going to every single training, working as hard as I can, and every single game showing what I can do. When the decision comes on [who is playing] in the game, I know I’ve put myself in the best position. It doesn’t matter where you play, there’s always going to be quality players whether that’s with the national team or wherever.”

The U.S. resumes CONCACAF World Cup qualifying in September with a visit to El Salvador, before hosting Canada in Nashville and travelling to Honduras for a third match all in the span of less than 10 days.