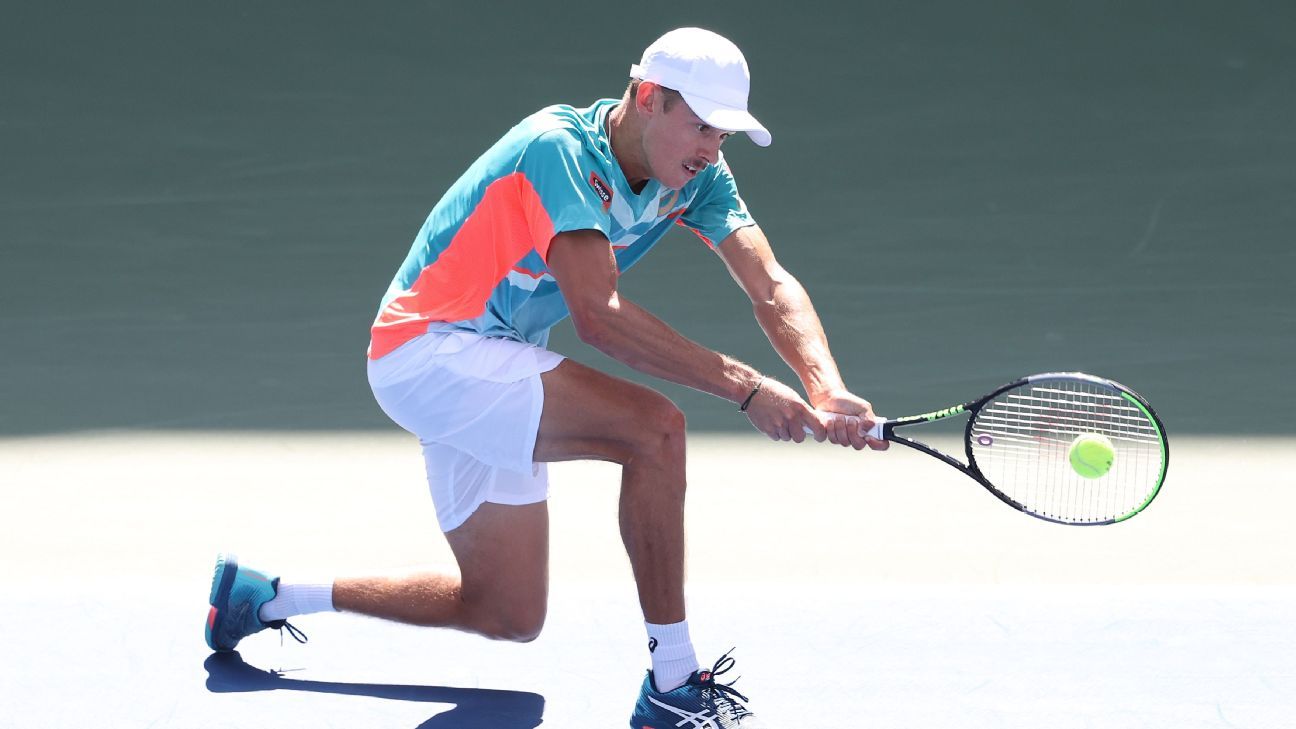 Australian tennis star Alex de Minaur has been forced to withdraw from the Olympic Games after testing positive for COVID-19, the Australian Olympic Committee confirmed.

De Minaur, not currently in Tokyo, tested positive during a pre-departure swab, meaning his dream of representing his country at the Olympics is over before it began.

“We have been advised that Alex de Minaur has had a positive test, as a consequence, Alex, sadly will be unable to join the Australian team,” Australian chef de mission Ian Chesterman confirmed on Friday.

“He is shattered. It has been his dream to represent Australia at the Olympic Games since he was a child, but he sent his best wishes for the team.”

De Minaur was picked for the singles and was also planning to partner with John Peers in the doubles.

Chesterman confirmed no other tennis players had physical contact with the world No. 17 since he departed Wimbledon earlier in the month after losing his first-round match to American Sebastian Korda. He had tested negative before arriving back in Australia.

“While we will miss Alex, he understands the reasons why he cannot be with us,” Chesterman said.

All other Australian players tested negative.

Fellow Aussie Nick Kyrgios also recently announced he would be pulling out of the Olympics after struggling from an abdominal injury which forced him to retire from his third-round Wimbledon match.

Olympic organisers had banned all crowds from the Games just hours before Kyrgios’ statement, amid Tokyo’s ongoing state of emergency due to the coronavirus.

“I know I may never get that opportunity again. But I also know myself. The thought of playing in front of empty stadiums just doesn’t sit right with me. It never has.

“I also wouldn’t want to take an opportunity away from a healthy Aussie athlete ready to represent the country.”