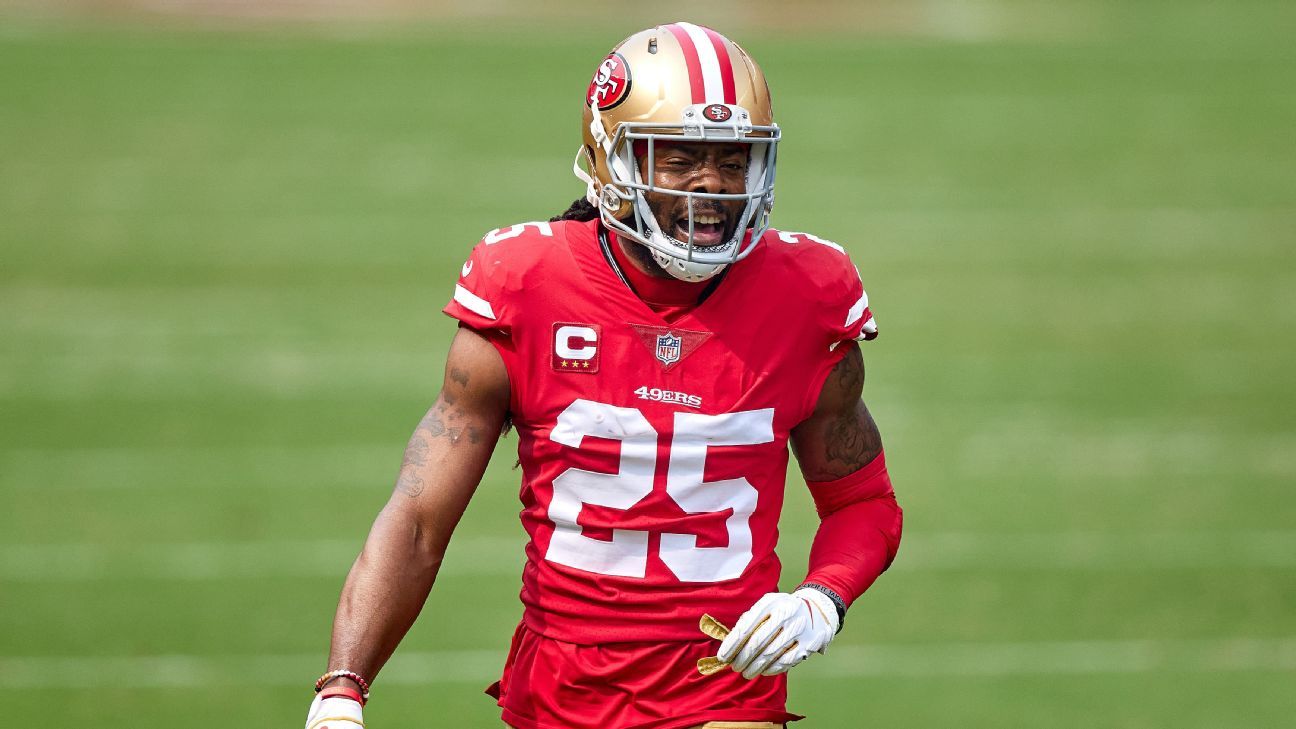 Richard Sherman was intoxicated and threatened to kill himself during a confrontation with family members before his arrest early Wednesday in a Seattle suburb, according to a 911 caller who identified herself as the free-agent cornerback’s wife.

Audio of the 911 call, purportedly made by Sherman’s wife Ashley Moss, was obtained by ABC News and ESPN early Thursday.

The caller described Sherman as being “drunk and belligerent” and said he was “threatening to kill himself.” The caller, who identifies herself at one point as “Ashley Sherman,” also said Sherman was “being aggressive,” wrestled with her uncle and “sent text messages to people saying he’s going to hang himself.”

The caller can be heard attempting to prevent Sherman from leaving the residence, saying “Richard please stop.” She also told the 911 dispatcher that Sherman drank two bottles of hard alcohol.

At one point during the call, the caller asked the dispatcher to tell police, “please don’t shoot,” and said Sherman told her he would fight police if they arrived.

In a subsequent 911 call, the caller said she thought Sherman was driving to her parents’ home in Redmond, Washington, which is just under 30 miles away from the couple’s home in Maple Valley.

Sherman is facing several charges after authorities said he crashed his SUV in a construction zone, tried to break in to his in-laws’ home and then fought with officers, who used a police dog to apprehend him. He was booked early Wednesday at the King County Correctional Facility in Seattle. Records state he was denied bail, but a spokesman for the Redmond Police Department told ESPN that is standard procedure for suspects of domestic violence until they can appear before a judge.

Sherman’s hearing before the judge will not take place until Thursday afternoon. The judge will determine if there was probable cause for an arrest and also set bail.

Moss told the Seattle Times on Wednesday that Sherman “didn’t harm anybody.”

“My kids were not harmed in the incident,” Moss told the newspaper. “He’s a good person and this is not his character. We’re doing all right, just trying to get him out. I want people to know no one was injured.”

The burglary charge is a felony that includes a domestic violence component because it was the home of relatives. Sherman did not enter the home, strike or try to hit any family members, authorities said. The malicious mischief charge is in relation to the damage he allegedly did to their front door.

Washington State Patrol received a separate 911 call at approximately 1:26 a.m. PT about a possibly impaired driver after Sherman allegedly drove his SUV into a closed construction zone. The call was made by a worker in the construction zone, state police captain Ron Mead said Wednesday, noting “we’re very fortunate there were no injuries.”

Police responded and found the vehicle, which had “significant” damage on the driver’s side as a result from contact with a barrier, in a nearby parking lot. They ran the plates on the vehicle and determined it was registered to Sherman.

In their efforts to find Sherman, the Washington State Patrol was alerted to the incident called into police in Redmond and went to that location and assisted in the arrest.

Officers and state troopers tried to calm the situation by developing a rapport Sherman. One trooper told Sherman how, as a teenager, he worked as a valet and once parked Sherman’s car.

Redmond Police Department Chief Darrell Lowe said the situation between Sherman and police turned after he was informed they had probable cause to place him under arrest. At that point, he began to walk away and increased his pace, at which time the K-9 unit was deployed to aid in the arrest.

The Washington State Patrol received a blood search warrant and took a sample from Sherman, Mead said. Those results are still pending. Lowe said police could smell an “odor of intoxicant emitting from [Sherman’s] breath.”

Sherman, 33, completed his third season with the San Francisco 49ers in 2020 after spending the first seven seasons of his career with the Seattle Seahawks.

The NFL said Wednesday that it “investigates any incident involving law enforcement and if there is a violation of the personal conduct policy the player would be facing discipline.”

Sherman also is a vice president of the NFL Players Association’s executive committee.

“We were made aware of an arrest last night of one of our player leaders for an alleged domestic violence incident and have activated our domestic violence crisis protocol for the protection and support of everyone involved,” the NFLPA said in a statement. “We will continue to monitor events closely as more facts are made available to us.”

Sherman has been selected to five Pro Bowls and is a three-time first-team All-Pro in his 10 NFL seasons.