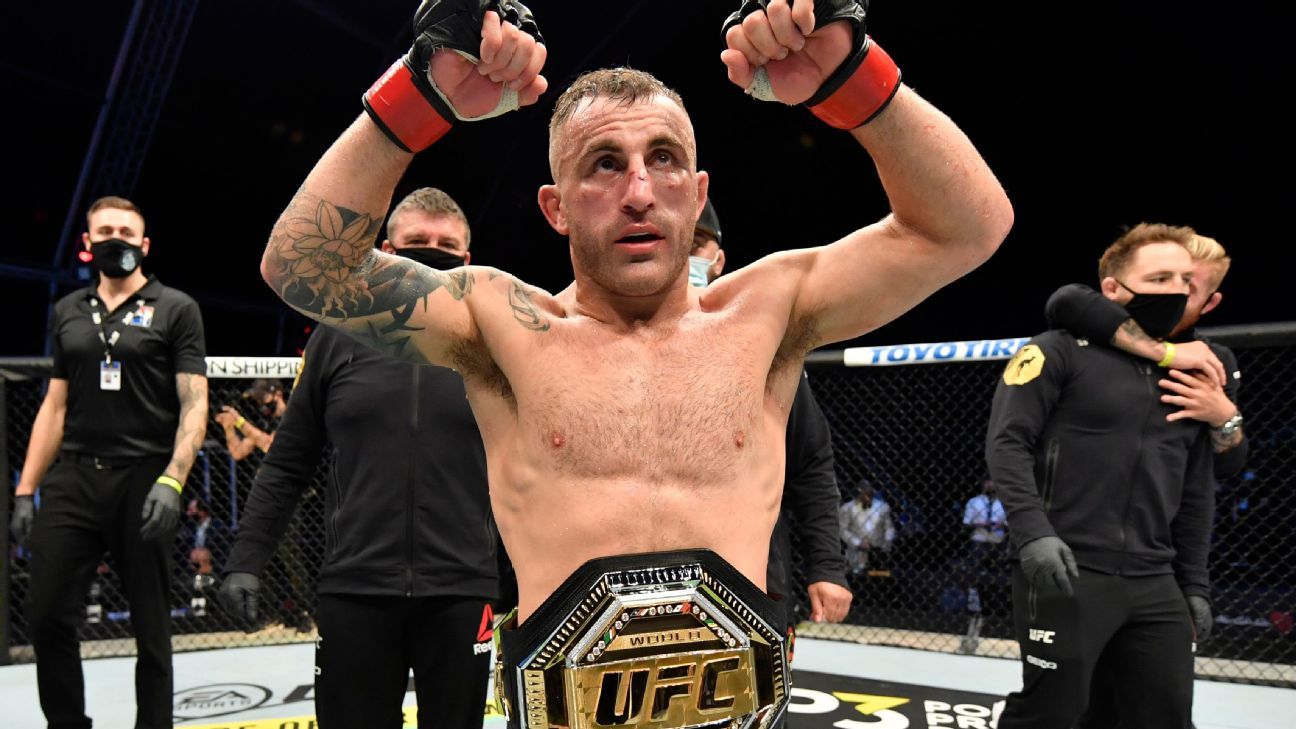 Featherweight champion Alexander Volkanovski will face Brian Ortega in the main event of UFC 266 inside T-Mobile Arena. In the co-main event, women’s flyweight champion Valentina Shevchenko will defend her title against Lauren Murphy.

In addition to the two title fights, Nick Diaz signed a bout agreement on Tuesday to face Robbie Lawler at UFC 266. It will be Diaz’s first fight since 2015.

Volkanovski (22-1) was supposed to defend his title against Ortega (15-1) in March but was forced to withdraw because of a COVID-19 diagnosis. The two featherweights ended up coaching The Ultimate Fighter season against each other and will now finally meet in the UFC 266 main event.

Fighting out of Australia, Volkanovski is seeking his second UFC title defense. He is coming off back-to-back decision wins against Max Holloway. Ortega, of Los Angeles, earned a title shot by defeating Chan Sung Jung in October.

Shevchenko (21-3) will be seeking her sixth title defense. Originally from Kyrgyzstan, now fighting out of Las Vegas, Shevchenko won the title in December 2018. Murphy (15-4) is riding a five-fight winning streak dating back to August 2019.