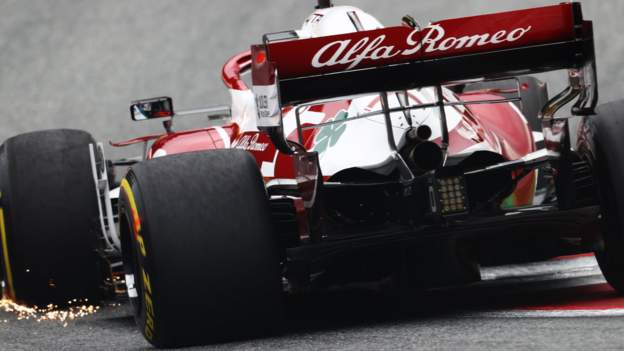 The Alfa Romeo name will continue in Formula 1 for at least another season after the company extended its deal to brand the Sauber team.

Sauber were renamed Alfa Romeo in 2018 in a commercial and technical contract that brought the Italian brand back to F1 for the first time since 1987.

Alfa Romeo said it had extended the arrangement with “a multi-year agreement with yearly assessments”.

The team have not yet named their driver line-up for the 2022 season.

The previous contract gave Ferrari rights to pick one of the drivers – which they exercised first with Charles Leclerc in 2018 and then Antonio Giovinazzi from the following season.

The team did not immediately respond to questions as to whether this remained a part of the deal.

Team principal Frederic Vasseur said he believed Alfa Romeo, who are eighth in the world championship after nine races so far this season, had the potential to make a significant step forward with the introduction of new technical regulations in F1 in 2022.

“I firmly believe we are perfectly placed to make big gains together,” Vasseur said.