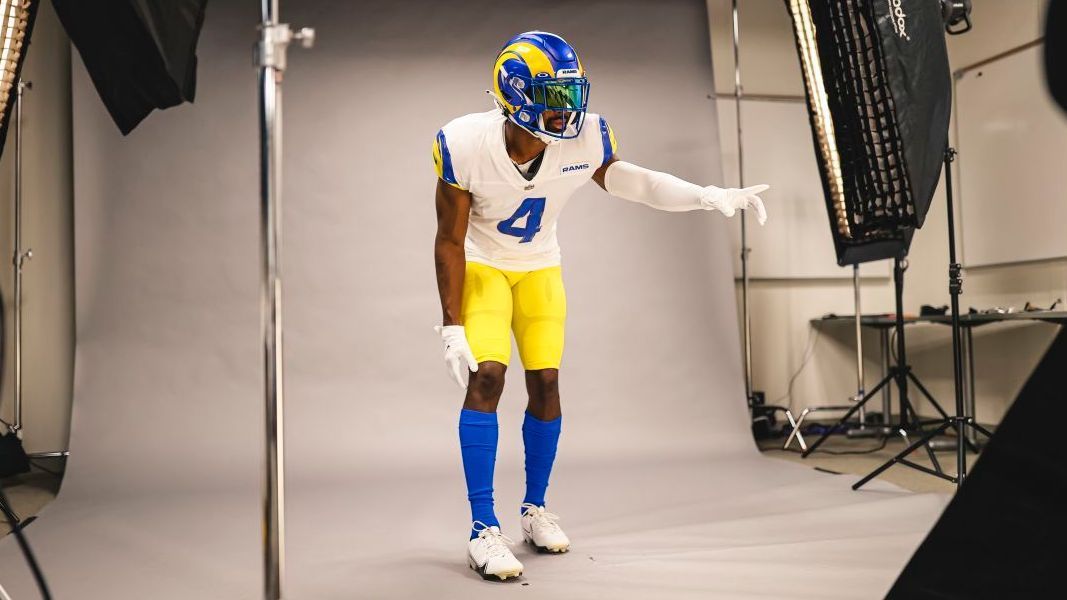 The Los Angeles Rams will have another uniform look for the 2021 season, but this will be more familiar to the team’s longtime fans.

The Rams on Tuesday revealed what they are calling the “modern throwback” that has elements from the team’s uniforms worn from the mid-1970s to 2000, including in Super Bowl XIV and Super Bowl XXXIV. The uniform will feature a white jersey with solid blue numbers, blue ram horns on the shoulders and yellow capped sleeves. Those will be augmented with the Rams’ logo on the neck and the team’s wordmark patch on the left side of the front of the jersey.

Due to the NFL’s one-helmet rule, which was rescinded this offseason but won’t take effect until 2022, the Rams will continue using the helmet design that debuted last season.

In May 2020, the Rams showed off their uniform rebrand that featured new colors they called “Rams Royal,” “Sol” and “Bone,” a new logo, and a new helmet with a blue face mask. The redesign was tied to the opening of SoFi Stadium last year.

“Our focus was always, this is going to be an amazing, iconic, modern building. You want the uniforms to match the style and design of the building,” Rams chief operating officer Kevin Demoff said last year. “But still have the tradition and some elements that our fans had grown to know and love. I think that’s a balancing act for any team to go through this as you move forward.”

That design was met with some disdain from former Ram and Hall of Fame running back Eric Dickerson.

This time around, it seems Dickerson is on board with the change. He appeared in a video produced by the team that featured running back Cam Akers checking out the new uniforms while surrounded by artifacts from the Rams’ past, including Dickerson’s iconic goggles.

The Rams will wear the uniforms in three regular-season games in 2021: their opener against the Chicago Bears, Week 9 against the Tennessee Titans and Week 10 against the San Francisco 49ers.